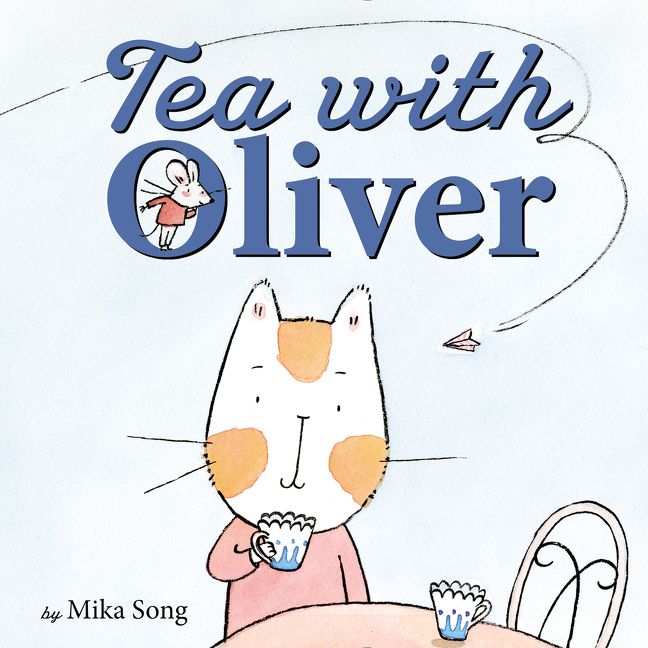 There’s nothing cozier during the month of January than enjoying a steaming cup of your favorite, flavorful tea as the temperature dips and the snow swirls. To celebrate this month’s holiday, why not try a new kind of tea or throw a tea party? Many teas have health benefits and can help you relax and get a good night’s sleep. This drink has been around for thousands of years and is enjoyed the world over. So boil up some water, grab the honey or sugar, add a splash of milk if you like, and enjoy!

Oliver the cat sits at his kitchen table, holding a conversation with himself. It’s something he does “a lot.” He’d like to have a cup of tea, but wonders who will join him. Philbert, the little mouse under the couch calls up that he would be happy to drink tea with Oliver, but Oliver doesn’t hear him and Philbert is “too shy to come out.” Meanwhile, Oliver is having a tea party with his teddy bear. 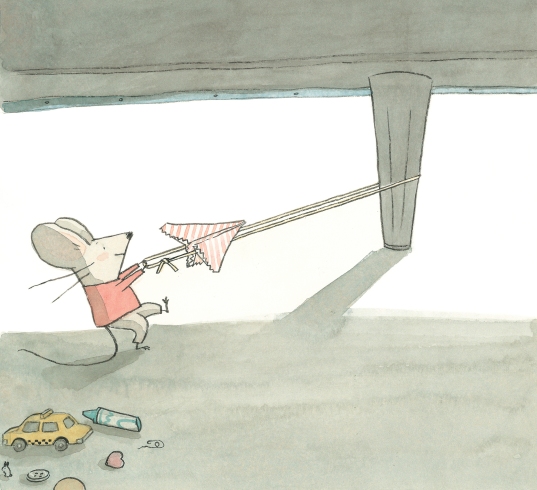 “Philbert decides to write Oliver a letter. ‘Dear Oliver, Let’s have tea,’” it reads. Philbert secretly hopes they have cookies too. Now, though, Oliver is cleaning the floor, and Philbert’s letter gets swept back under the couch. While he sweeps, Oliver sings about his lonesomeness, and Philbert tries another tactic. He folds his note into an airplane and shoots it into the air. Instead of floating into Oliver’s field of view, however, it hits him in the back. “Eek! A flea!” Oliver cries. He dances around, scratching and itching and completely misses the note. 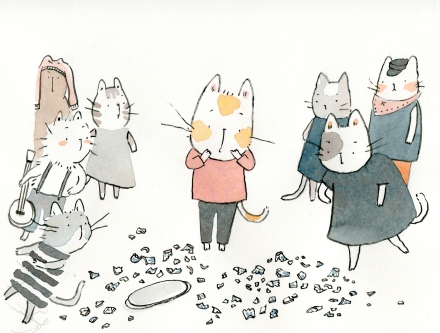 Philbert is just imagining what to do next when someone knocks on the door. When Oliver opens it, his wild cousin Lester leaps in playing his banjo. Oliver invites him for tea. “I’m throwing a party,” Lester says, “but I guess there could be tea.” Philbert’s ears perk up. He wants to go to this tea party. Feeling brave, Philbert decides to deliver his note to Oliver personally.

It seems Lester’s party is at Oliver’s house, and before Philbert can deliver his letter, the guests start arriving. The guests are too boisterous and bouncy to want tea, and Philbert, wanting to stay out of the way, flattens himself against the floor. “I don’t like this party one bit,” he tells himself. Oliver tries to serve tea to some other guests, but they’re dancing and too busy for tea. From far below, Philbert shouts, “Me! I want tea!” But Oliver doesn’t hear him. Then one guest bumps into Oliver, and his tray of teacups goes flying.

“The party ends as quickly as it began” as Lester and the other guests depart, leaving Oliver to clean up the shards of china. Oliver lays on the floor, despairing that he’ll “never have tea with anyone now.” He rolls over to see Philbert under the couch. Philbert introduces himself and hands Oliver his letter. Mistaking it for a tissue, Oliver blows his nose in Philbert’s note.

Philbert alerts Oliver to his error, and contritely Oliver opens the note and reads it. He’s surprised and excited to find that Philbert wants to have tea with him, but then  remembers that he has no more cups. Now it’s Philbert’s turn to be excited – and surprising.”Yes you do!” He runs away and returns pulling a soft cushion holding two of Oliver’s tea cups. “I saved these for you!” Philbert exclaims. “Hooray!” Oliver cheers. “And the new friends sat down to a nice cup of tea.” With cookies.

Mika Song’s sweet story will have little ones giggling as one thing after another goes just a little bit wrong. Many will empathize with Philbert’s predicament as he tries to attract Oliver’s attention and will cheer along with Oliver when he saves two of Oliver’s beloved tea cups and the day. Song’s straightforward tale offers gentle lessons on the true nature of friendship as Philbert watches out for Oliver when others don’t, and the two discover they have a lot in common despite the traditional differences between cats and mice.

Through her delicate ink and watercolor illustrations, Song brings out the adorable natures of Oliver and Philbert, the subtly humorous and slapstick events of the afternoon, the moments of disappointment, and Philbert’s happy surprise that lead to the friend’s cozy tea party.

Tea with Oliver will charm young readers and would be a cute, often-asked-for addition to home libraries.

Discover more about Mika Song and her books on her website. 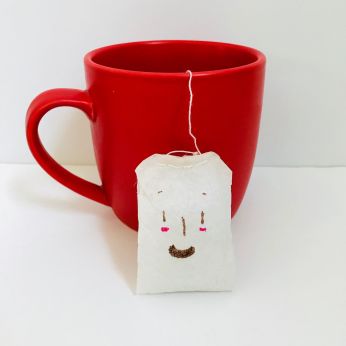 It’s fun to have a tea party with a friend, and this little tea bag buddy is ready to hang out with you!