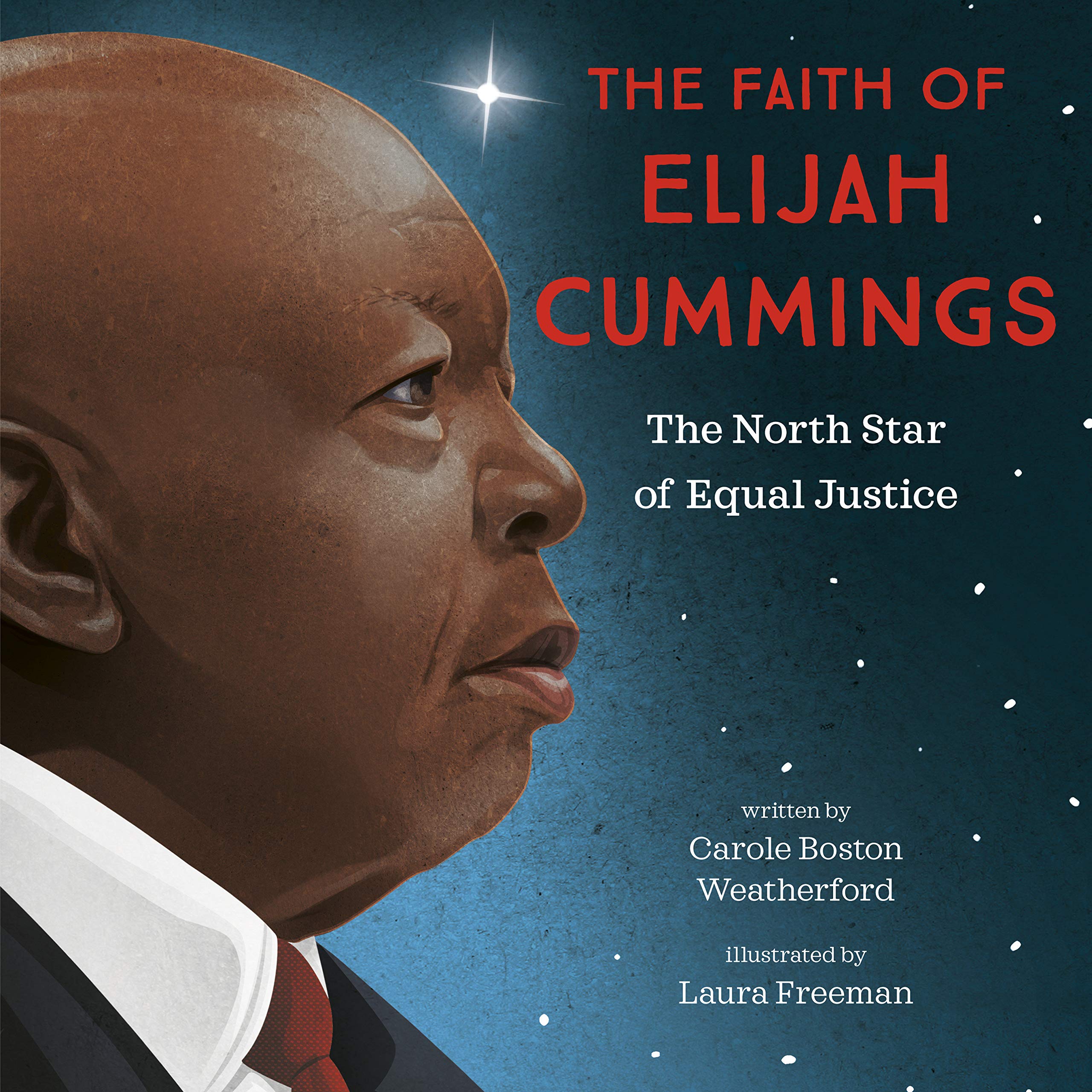 Black History Month celebrates the achievements and contributions of African Americans in United States History. Originally a week-long observance initiated by writer and educator Dr. Carter G. Woodson in1926 and occurring during the second week in February to commemorate the birthdays of Frederick Douglass and Abraham Lincoln, Black History Month was officially established in 1976 by then president Gerald Ford. The holiday is now celebrated across the country with special events in schools, churches, and community centers.

The theme for 2022 is “Black Health and Wellness” and focuses on the legacy of not only Black scholars and medical practitioners in Western medicine, but also on alternate ways of practicing medicine throughout the African Diaspora. The 2022 theme considers activities, rituals, and initiatives that Black communities engage in to live healthy lives.

To learn more about Black History Month, find information on this year’s events, access resources for more research, and find content for teachers, visit the BlackHistoryMonth.gov.

The Faith of Elijah Cummings: The North Star of Equal Justice

During the summer of 1962, when Elijah Cummings was eleven years old, he and other African American children marched for the integration of a Baltimore city pool. They were met with a white mob who shouted at them to “‘Go back where you came from!'” and threw rocks and bottles at them. This protest, organized by civil rights lawyer Juanita Jackson Mitchell, inspired Elijah to consider becoming a lawyer also.

Elijah’s parents had moved to Maryland from South Carolina in the 1940s, where they had worked the land where their parents had once been enslaved and where “Blacks were beaten for seeking voting rights. Elijah, his parents, and his six siblings lived in a four-room row house, where his mother and father – having only a fourth-grade education – stressed the importance of schooling. But for inquisitive Elijah, the nuts and bolts of reading and writing were elusive. Because of the cramped conditions at home, Elijah took to studying at the library, where the librarians tutored him after their shifts and made it possible for Elijah to succeed. 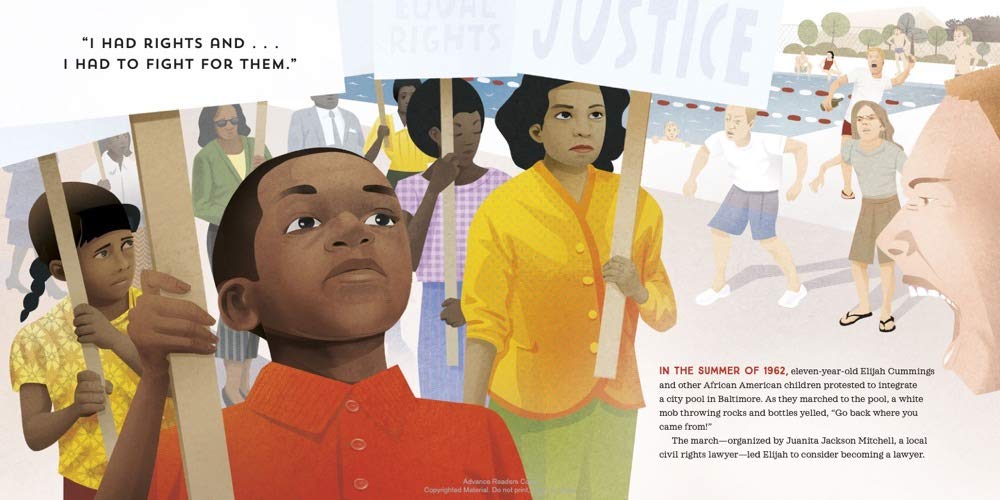 Through hard work, scrimping, and saving, Elijah’s parents were able to buy a house with more room and a yard. Here, Elijah’s mother became a preacher and grew her small group of women who met in their home’s basement into a small church, the Victory Prayer Chapel. In addition to leading services, Elijah’s mother lived what she believed by helping those in need. Elijah’s father inspired him to become all that he could be.

Even as a young boy, Elijah worked hard and, on Sundays after church, he listened to Rev. Martin Luther King’s speeches by transistor radio. He watched as African American boys were put into reform school, and he vowed to become a lawyer, but his high school guidance counselor tried to dissuade him. With the help of his parents and the pharmacist at the drug store where he worked, Elijah attended Howard University, where he was a standout student and leader. He became a lawyer and in 1983 was elected to the Maryland House of Delegates. 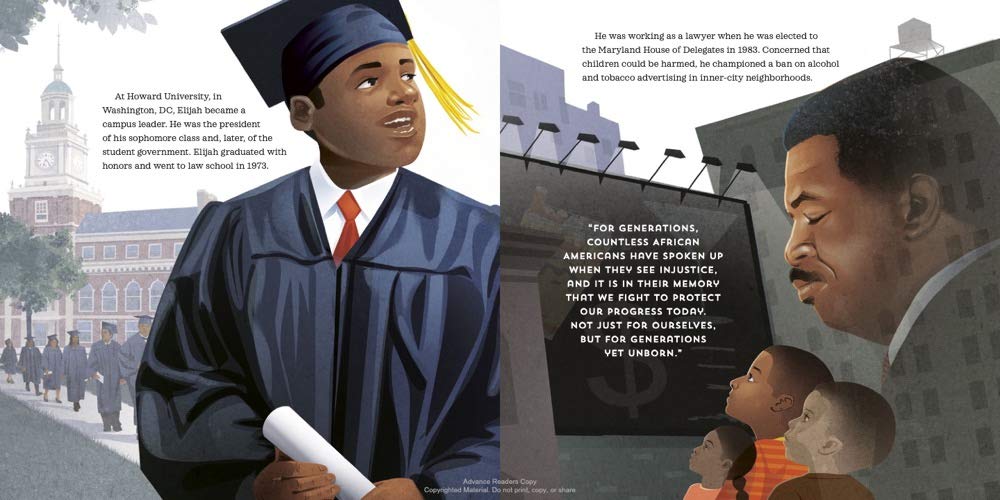 “In 1996, Elijah Cummings was elected to the U.S. House of Representatives,” and later became the chair of the Congressional Black Caucus. “He spoke out to ensure that everyone was treated fairly and equally.” Even though he was a leader in Washington DC, Elijah continued to live in his inner-city Baltimore neighborhood, and during the protests against police brutality in 2015, he appealed for calm as he walked “with residents singing an African American spiritual: ‘This little light of mine, I’m gonna let it shine.'” Before his death in 2019, Elijah Cummings was named chair of the House Committee on Oversight and Reform, where, as he had for his entire career, he advocated for change now and for the future our children will inherit.

Quotes by Elijah Cummings on his inspirations, work, and beliefs included throughout the story allow readers to hear in Cummings’ own words his passion and dedication to creating a more equitable and caring America for all.

A Foreword reprints remarks given by Speaker of the House of Representatives Nancy Pelosi at Elijah Cummings’ funeral on October 25, 2019. Back matter includes an excerpt of the statement from the Congressional Black Caucus upon Cummings’ death on October 17, a Timeline of his life and work, a Bibliography, and Source Notes for the Cummings’ quotes found throughout the story. 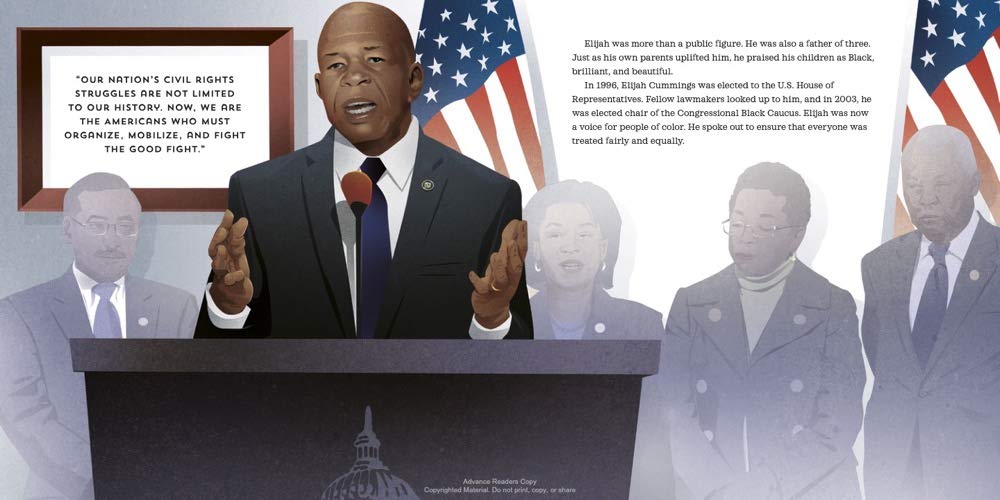 Carole Boston Weatherford’s moving biography of Elijah Cummings highlights the strong and supportive family unit that inspired and sustained Elijah as he grew from a thoughtful and hardworking boy into an empathetic and influential leader. Her focus on formative events in Cummings’ life depict how early experiences often shape the person children become while continuing to inform their opinions, beliefs, and occupations. Through his own words, Weatherford reveals Cummings’ commitment to the children who will read this biography as well as to all young people who will benefit from and carry on his work.

In her rich and expressive illustrations, Laura Freeman recreates pivotal events, touching examples of the Cummings’ family solidarity, and community-based actions inspired by the family’s religious faith to paint a portrait of Elijah’s youth and young adulthood. As he rises to the highest levels within the US Congress, while never losing touch with the neighborhood and people he loved, Freeman’s striking images will entice readers to learn more about Elijah Cummings’ legislative legacy and the workings of Congress and to, perhaps, become involved in their own community.

A masterful biography of Elijah Cummings that deftly interweaves the internal and external influences of his youth with their lifelong effects on his principles, his work, and his lasting influence, The Faith of Elijah Cummings is highly recommended for home bookshelves and a must for school and public library collections.

Discover more about Carole Boston Weatherford and her books on her website.

To learn more about Laura Freeman, her books, and her art, visit her website.

You can find The Faith of Elijah Cummings at these booksellers