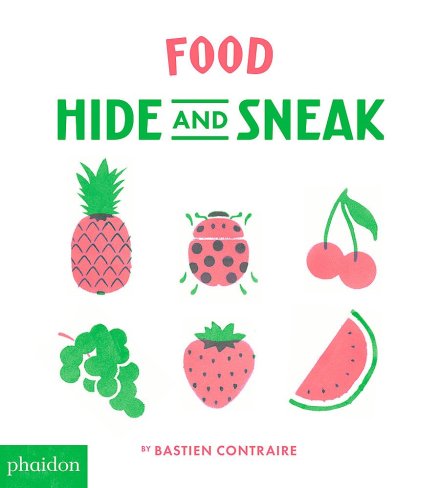 On a hot, steamy day, there’s nothing like a popsicle to refresh you! While today’s holiday celebrates the cherry-flavored pop, there are lots of other flavors and combos of flavors to enjoy as well. Like many food innovations, the popsicle has an interesting backstory. It seems that in 1905 when Frank Epperson of San Francisco was 11 years old, he was mixing up a batch of soda on his porch. He left the stirring stick in it overnight. That night the temperatures dropped to freezing, and when Frank came out in the morning, he discovered a new taste sensation. He went on to experiment with fruit flavors. He introduced the first popsicle in 1922 at a fireman’s ball. The treat was a huge success. In 1924, Frank applied for a patent for his “Epsicle.” He later renamed it the popsicle. Today, enjoy your favorite flavor popsicle—nature’s version is coming soon enough!

With only one line, Bastien Contraire sends young readers off on a scavenger hunt to find the interloper among the images. “One of these things is almost like the others…,” he prompts, while a page containing three fruits—a red pear with a green stem, a green apple with a red stem, and a lime with a little red end—share space with a red-and-green beach ball. Pretty tricky! 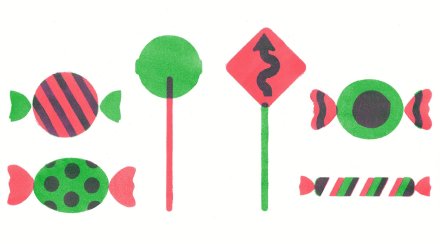 Turning the page, the hunt gets a little more difficult as there are six candies to search through—or is it five? Hmmm…. The next spread is trickier still with red-and-green vegetables, plus one brown eggplant vying for attention. Wait? Is that red-and-green frilly thing really a veggie? All these decisions can make a reader hungry! Fortunately, you can eat up the next puzzle that’s a delicious lineup of popsicles and ice-cream treats and one… do you see it? 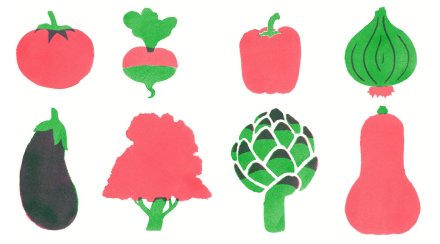 The next few pages offer fruit, bottles, mushrooms, and an array of sandwiches that are all sheltering one misfit in their midst. Kids will say yum at the variety of desserts they encounter later in the book while quacking up at the odd one out who does a good job of hiding among the pastry. It may take a bit of looking to find the imposter in the deli, and by the end of the book, little ones will surely be able to signal which object doesn’t belong among the cans and jars.

Bastien Contraire’s series of Hide and Sneak board books are great fun for little readers who love to use their powers of deduction and categorization to solve the puzzles. In his stylized, stenciled images, Contraire cleverly uses red, green, and brown tones as well as the positioning of the items to disguise the outlier just enough to make the hunt challenging. Contraire also adds sly humor to the quest as the nonconformist often has some kind of connection to the other items—a similarity or association that’s fun for readers to discuss.

Enjoyably challenging for young readers, Food Hide and Sneak is an entertaining addition to home, preschool, and kindergarten libraries.

Discover more about Bastien Contraire, his books, and his art on his website.

Here’s an easy-to-make game for little ones that will challenge their powers of observation while they’re having fun!

For each set of popsicle sticks:

You can find Food Hide and Sneak at these booksellers