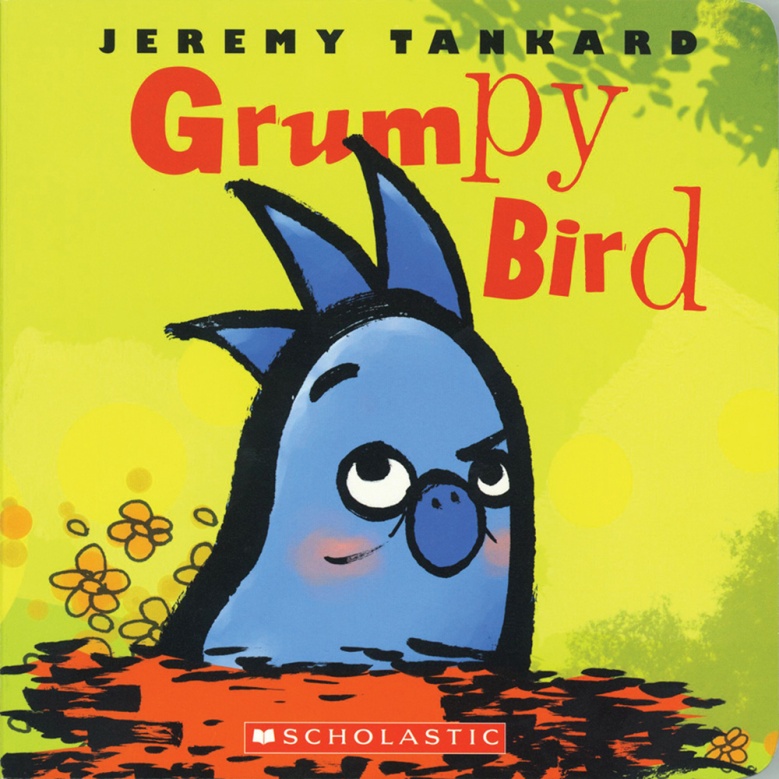 Concerned with declining bird populations, ornithologist Frank M. Chapman suggested a new holiday tradition—a Christmas Bird Census that would count birds instead of hunting them. The first census took place on December 25, 1900. On that day, twenty-seven birders, centered mostly in northeastern North America, counted 90 species of birds. The tradition has grown tremendously from those humble beginnings. Today, tens of thousands of volunteers throughout the Americas brave all types of weather to conduct the count, which helps conservationists and scientific organizations create strategies for protecting the health and habitats of bird populations. The Christmas Bird Count is now held from December 14 through January 5. To learn more or to get involved yourself, visit the Audubon website.

Bird woke up on the wrong side of the nest. “He was too grumpy to eat” and “too grumpy to play.” In fact, he was so grumpy he couldn’t even lift himself into the air. “‘Looks like I’m walking today,’ Bird said.” His steps took him past Sheep who was grazing in a field. When Sheep found out that Bird was walking, she offered to come along. 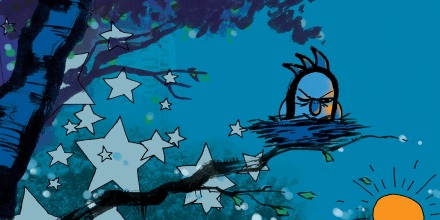 The two soon came to where Rabbit was nibbling grass. Rabbit was curious about what Bird was doing. “‘I’m walking,’ said Bird. ‘It’s no fun.’” Even this less-than-enthusiastic response enticed Rabbit, though, and he joined in. Raccoon was just scampering down a tree truck when he spied the little parade. He called out to Bird to see what was going on. “‘I’m walking,’ snapped Bird, ‘What does it look like?’” Well, Raccoon said, “‘It looks like fun,’” and he joined the group.

Next, they came upon Beaver gathering sticks. His inquiry into Bird’s actions was met with a bit of pique: “‘Let me give you a hint,’ said Bird. ‘You do it by putting one foot in front of the other.’” Beaver caught on right away, and since he loved walking, he came too. When the animals passed Fox and the usual question was asked, Bird lost his temper. “‘WHY DOES EVERYONE KEEP ASKING ME WHAT I’M DOING?’ Bird shouted. ‘I’m walking, okay?’” That sounded okay to Fox, so she bounded along too.

“Bird walked,” and so did the other animals. When Bird stopped, the animals stopped. And when “Bird stood on one leg,” so did everyone else. Bird tried jumping, and the other animals jumped too. Bird began to have a change of heart. He thought this game was pretty fun. It was so fun, in fact, that “Bird forgot all about being grumpy” and invited his friends to “fly back to [his] nest for a snack. And they did.’” 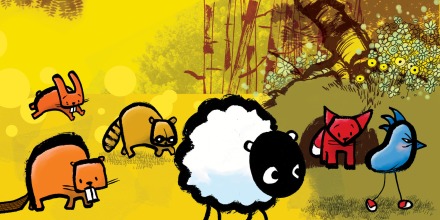 Jeremy Tankard’s adorable Bird who has the grouchies will keep kids giggling and laughing as his crankiness grows. The repeated phrasing allows enthusiastic listeners to join in, and a dramatic reading will enhance the humor. The animals’ good-natured responses to Bird’s grumpiness reminds kids that everyone has bad days, and that a little bit of silliness goes a long way toward making friends smile again. The fanciful ending, stated so simply, provides a bit of magic that suggests anything is possible—especially among good friends.

Tankard’s illustrations are as multi-layered as his story, with sophisticated backgrounds that swirl with vibrant color, texture, bubbles, and sketched-in details. Silhouetted woods, sun-drenched fields, and riots of flowers give shape to Bird’s walking path while also highlighting the thickly outlined characters. As the appropriately blue Bird marches along on spindly legs, kids will be amused by his narrowed eyes and furrowed brow. Even his beak seems clenched. When he finally takes note of his fellow walking companions, his eyes turn questioning then attentive and finally cheerful.

Grumpy Bird would be a much-asked-for addition to any child’s bookshelf, especially on those days when a little more encouragement is needed. 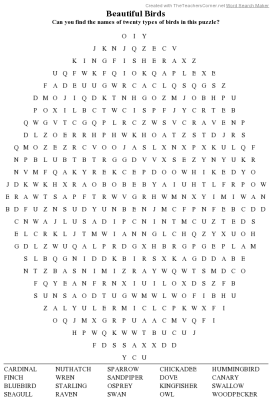 It’s fun to watch for different kinds of birds when you take a walk or in your own backyard. Can you find the names of twenty types of birds in this printable Beautiful Birds Word Search Puzzle? Here’s the Solution!