Take a peek in the mirror and who do you see? That’s right—a fantastic person with inner and outer beauty! Today is dedicated to recognizing and appreciating that person in the mirror!

Why’d They Wear That? Fashion as the Mirror of History

Whether you’re a fashionista or an “any ol’ thing will do” kind of person, there’s no denying that clothes make a statement. Sarah Albee’s fascinating look at human wraps spans history from 10,000 BC to the modern era. Along the way she exposes both historical facts as well as the often repugnant, laughable, and can’t-look-away fashion fads and disasters that have brought us to “wear” we are today.

In Chapter 1: That’s a Wrap, Albee reveals facts about the first needles and thread, silk production, the Mayan tradition of forced elongation of skulls (this was considered attractive, denoted social status, and was intimidating), the first pants, warrior wear, and much more.

Chapter 2: Keeping the Faith exposes the influence religion had on clothing in the Middle Ages. White or russet colored robes were worn by men traveling on pilgrimages while penitents could wear a hair shirt made of itchy, bristly horsehair as punishment. Medieval armor, Samurai dress, why modern men’s loafers are decorated with little holes, and more are also discussed here as is the job of Wool Fuller – in which the Fuller soaked wool in urine to degrease it and improve its texture. 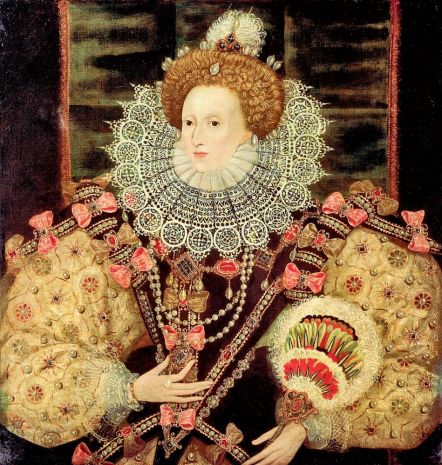 Chapter 3: Going Global covers the Age of Exploration, which changed fashion as explorers from Europe came in contact with Native peoples in the New World. Red dye, rubber shoes, and the leather Moccasins were all adopted by Europeans. And if you think the search for remedies for wrinkles and other vestiges of older age is a modern pursuit, you’ll learn about Ponce de Leon and his quest for the fountain of youth.

Chapter 4: Ruff & Ready takes a look at the Renaissance. You may have seen fur stoles with the head of the animal still attached and wondered, Why? This fashion statement goes back to “Flea Furs” which were dead, stuffed animals that people draped over their shoulders in the belief that the fleas that were munching on their skin would transfer to the animal instead. Unfortunately, people discovered that fleas prefer warm bodies. Another curious fad was the ruff collar. While people may have thought they looked swell, these collars hindered physical movement and even led to the invention of the long-handled spoon because people could not get food to their mouths any other way. One “benefit” perhaps: when the first American settlers ran out of all other food options, they ate their collars, which were stiffened with wheat paste. And there’s so much more!

In Chapter 5: Lighten Up! readers will discover facts about the dour dress of the Puritans and the ostentatious dress of the French court. The tradition of men’s wigs is explained, and today’s face-painting has nothing on the unusual solution for facial blemishes—black velvet, leather, or silk patches in various shapes. 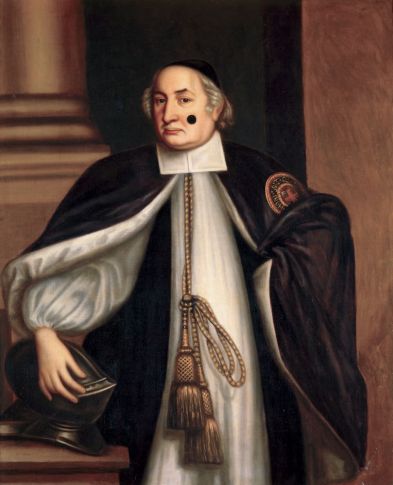 Revolutionary Times take center stage in Chapter 6: Hats (and Heads) Off. During this time clothes began to fit the task. There were clothing items to protect (walking canes became popular as a way to ward off marauding wild dogs), uniforms to highlight the good looks of running footmen, elaborate costumes for Venetian parties, and homespun clothes that became a sign of protest from the American colonists. And if you think “bumpits” and hair extensions are new, women trying to keep up with Marie-Antoinette wore their hair (real and artificial) “cemented upward over wire armatures into two-foot (0.6-m)-high coiffures that made the wearer stand 7 ½ feet tall!”

Chapters 7 through 9 bring readers into the modern age, taking them from a time when children were dressed as young adults and boys wore elaborate gowns until the age of 7 to the textile innovations of the Industrial Revolution and the popularity of bustles that put fanny packs to shame to the fads of the 1960s and today. 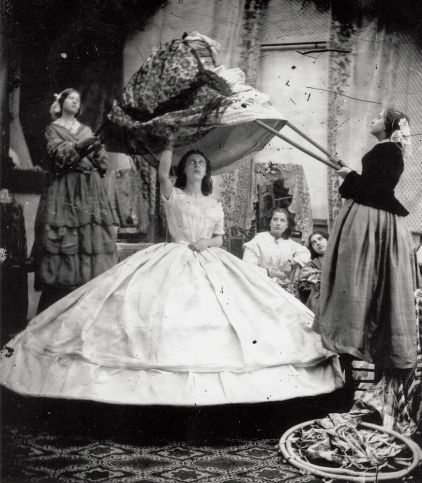 Albee’s Why’d They Wear That? is much more than a book about fashion. It’s a humorous, fabulously entertaining way to learn about so many aspects of history, from social revolution to inventions to cultural differences. Enlightening side bars, especially the fascinating “Tough Job” entries, and full-color illustrations, paintings, and photographs depicting every concept make Why’d They Wear That? an essential book for school libraries as well as for home bookshelves. Readers of all ages will want to dip into it again and again…and will “Oh!” “Ah!” and “Ewww!” over every page.

Learn more about Sarah Albee and her books on her website!

Watch the trailer for Why’d They Wear That? Fashion never looked so…good? unsettling? hilarious? You decide! 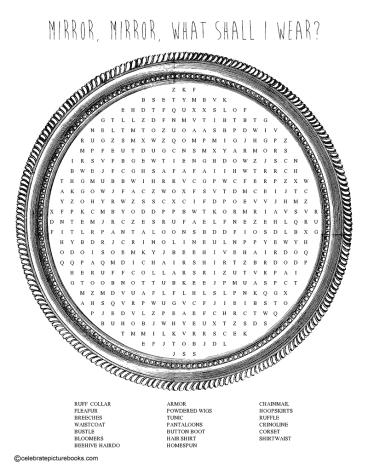 Mirror, Mirror, What Shall I Wear?

In this magic mirror word search are 20 fashion-related terms from history. Find them all! Here’s the printable Mirror, Mirror, What Shall I Wear puzzle and the Solution.

Why’d They Wear That? Fashion as the Mirror of History can be found at these booksellers