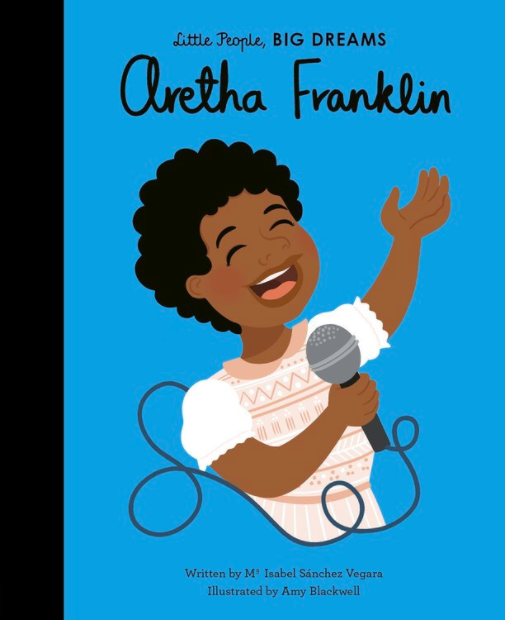 Today’s holiday was established to help people focus on how they can be more respectful of others—family, friends, and strangers. It’s also a day to think about yourself. Do you respect yourself and your abilities? Self-respect is crucial for achieving your goals, both personal and professional. There are many ways to show respect. Good manners, listening to others, acknowledging others with a “thank you” or “great job,” and inclusion are only a few of the ways that people can start building the kinds of respectful relationships that lead to success.

With a mother who was a gospel singer and a father who was a preacher and “believed that music could move not just people’s hearts, but the world,” Aretha Franklin was born to sing. Even though her mother left the family while Aretha was still young, Aretha found friendship and inspiration from the many musicians who often came to visit. 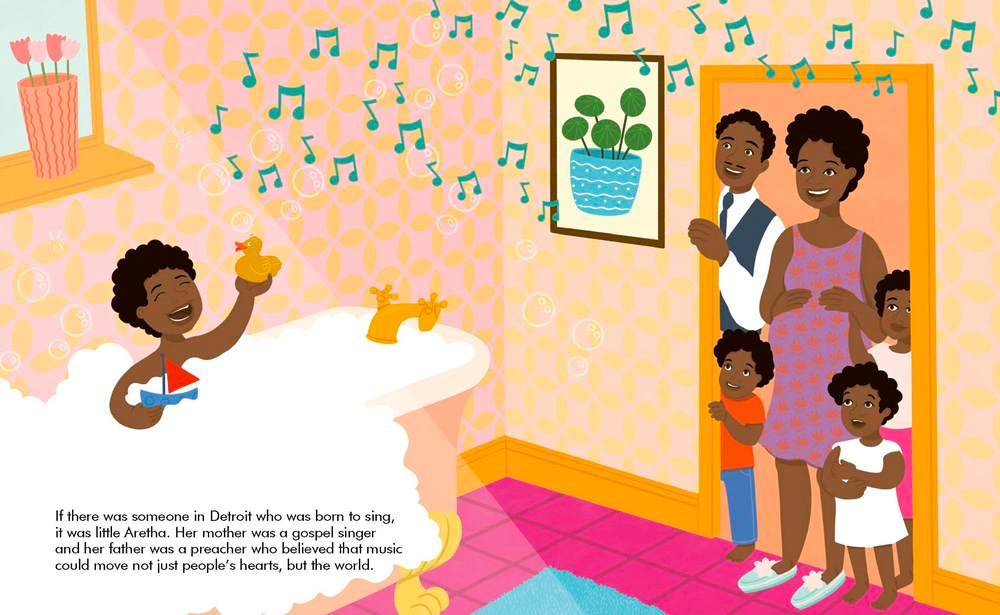 When she was a bit older, Aretha began singing in the gospel choir at her father’s church. Her voice was “powerful and as smooth as silk” and made “the whole congregation [feel] that tomorrow would be a brighter day.” recognizing her talent, Aretha’s father took her on tour from church to church. Her poise and voice moved people wherever she went.

As much as she loved singing in church, though, Aretha dreamed of making records. It was a dream that came true, and soon Aretha’s songs were topping the charts. Her most popular song “was called ‘Respect.’” It had been written by Otis Redding, but “suddenly, the words of a tired working man became an anthem for African American women demanding equal respect.” She also lent her voice to the fight against racism, standing alongside her friend Martin Luther King Jr. 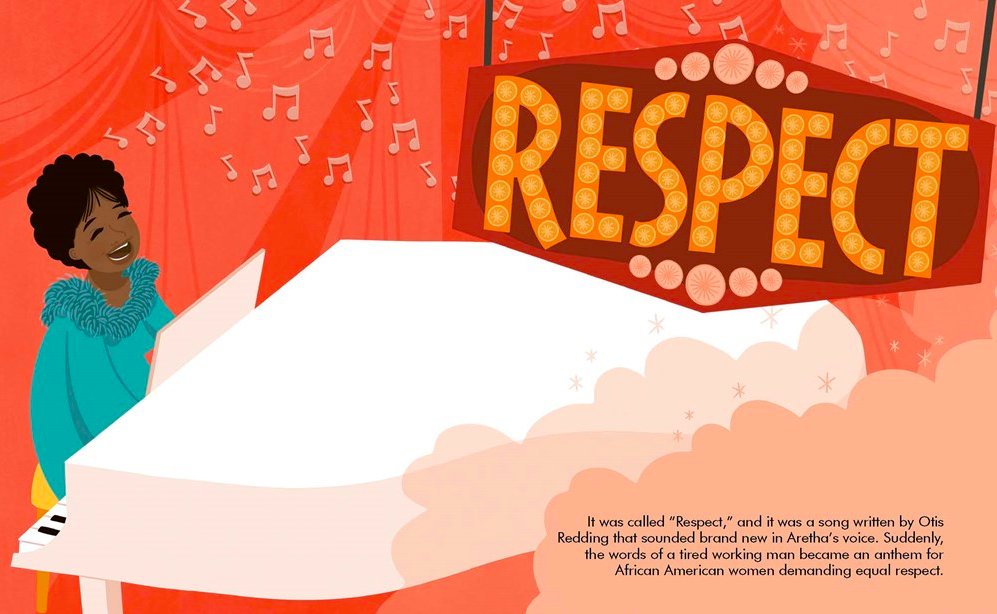 Aretha didn’t just sing, she wrote and produced her own songs too in nearly every genre from “jazz, doo-wop and pop, to rhythm and blues.” While she wrote and sang many different types of songs, they all had one thing in common: “They had to talk about everyday ups and downs.” Aretha Franklin was in many ways a pioneer in music. She was the first woman to be inducted into the Rock & Roll Hall of Fame, and she influenced many female artists. But she considered her greatest honor to sing at the inauguration of Barak Obama—the first African American president of the United States. Aretha was unique in so many ways. That little girl with the big voice who “won the R-E-S-P-E-C-T of millions.”

A timeline and more information about Aretha Franklin’s life follows the text. 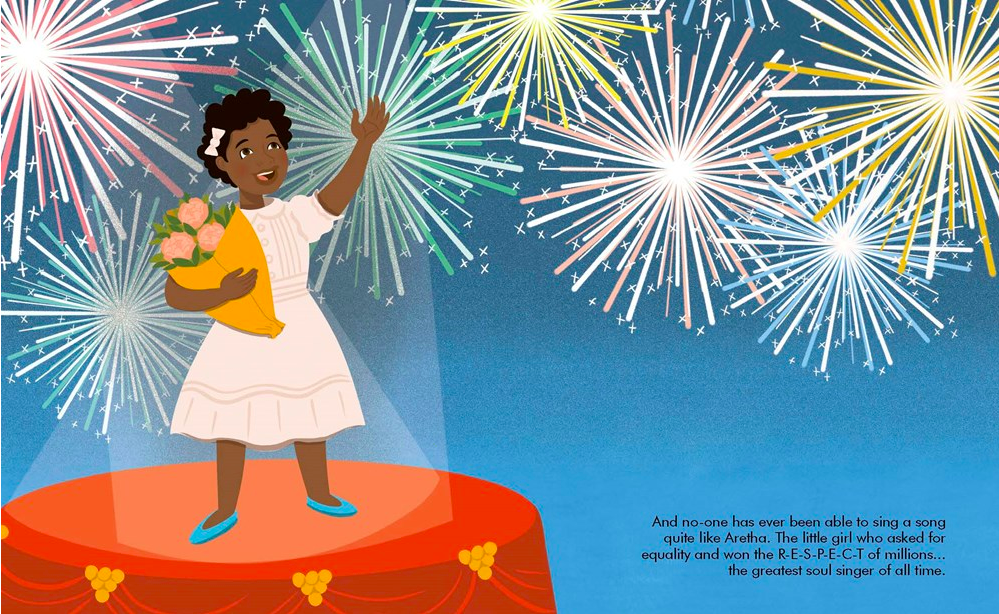 Maria Isabel Sánchez Vegara’s biography of Aretha Franklin will inspire all young singers—or artists of any kind—who dream of sharing their gift with the world. Her engaging storytelling will captivate little readers with descriptions of Aretha’s uplifting voice who could move people to cry, dance, and feel that positive change would come. This heartfelt depiction of Aretha Franklin’s amazing life will entice young children to discover or rediscover her music and follow her example.

Amy Blackwell’s bright and energetic illustrations are full of the joy that Aretha found in music and singing. Her interactions with choir congregation members show an early maturity and assurance that will inspire little readers. Images of a dance club and a performance of her signature song give kids portray the flair of the times, while pictures of her writing and a few of her many albums will impress children with her prolific talent. A later image of Aretha singing at President Barak Obama’s inauguration can inspire readers to watch this historic event once more.

To learn more about Amy Blackwell, her books, and her art, visit her website.

One way to show someone respect is to tell them how much they mean to you. These printable cards, make it easy for kids to tell a friend or family member how special they are.

You can find Aretha Franklin (Little People, Big Dreams) at these booksellers