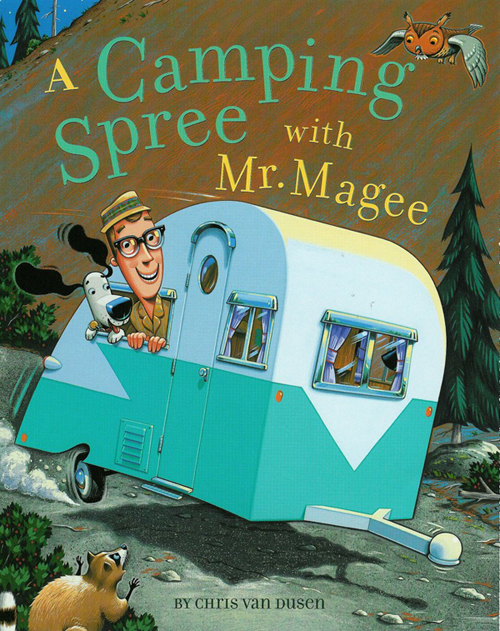 Today is a day to celebrate the simple pleasures of toasting marshmallows. Whether you like your marshmallows just lightly browned or blackened to a crisp, these ooey-gooey delights are fun to make and fun to eat! Why not make a campfire, start up the fire pit or grill, or even set the oven to broil and toast up some marshmallows today?

A Camping Spree with Mr. Magee

As the sun came up Mr. Magee and his little dog Dee packed up their car and headed out on an adventure. They left their seaside home for the mountains, where they plan to camp for two nights or “possibly three.” Mr. Magee tells Dee that he’ll love camping. It’s quiet and peaceful and “aside from the wildlife, there’s no one around.” In a few hours they found the perfect spot to pitch their tent. “It was high on a hill with a beautiful view / of Mount Adams, Mount Lincoln, and Jefferson too.” But the prettiest sight of all was the stream that ended in a whooshing waterfall. 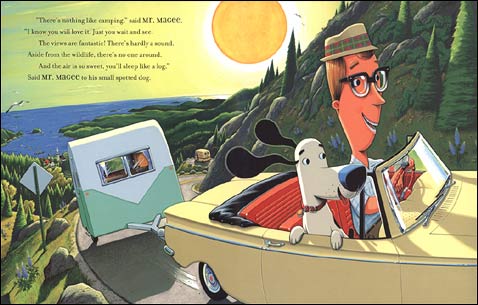 Mr. Magee gathered pinecones and sticks and made a fire where he cooked hotdogs for the dinner. Then “as the sun set behind far distant knolls, / they sat roasting marshmallows over the coals.” When darkness fell, Mr. Magee and his little dog fell asleep in their cozy camper. As they were dreaming of the next day, a bear bumbled by, led to the spot by the sweet smell of marshmallows. 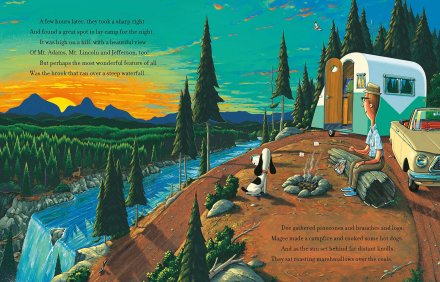 The bear wanted those marshmallows, but he couldn’t quite reach with the car and the camper blocking his way. “But that didn’t stop the sneaky old snitch, / he simply tried squeezing right under the hitch.” But as he wriggled and wiggled he undid the lock, and the car rolled forward while the camper rolled back. On separate paths down the hillside, the two vehicles flew. The car bounced down the road, while the camper headed straight for the stream. 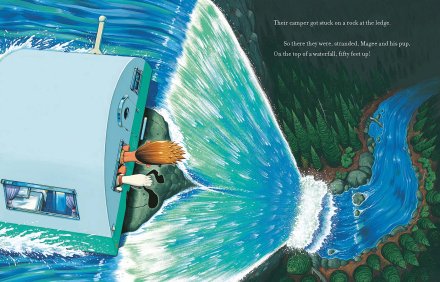 Mr. Magee and Dee woke in alarm when the camper splashed headlong into the roaring current. “They were caught in the rapids, but that wasn’t all. / They were headed smack dab through the big waterfall.” They were quaking with fear and the camper was swept away, but just as they were about to go over the falls, their camper was snagged by a rock on the edge.

They were worried and wondering what they could do, when the bear spied one more marshmallow to chew at the end of the camper. He jumped in the river, grabbed the hitch in his teeth, and dragged the camper back to the bank. When the bear tasted metal instead of sweetness, he moseyed away disappointed. 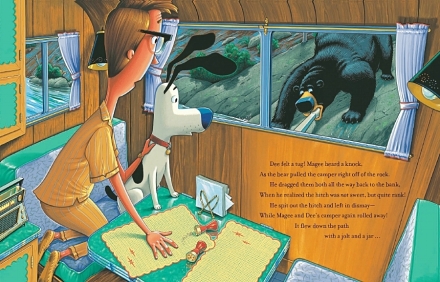 When the bear let go, the camper bounded away and rolled down the rocks. It came to rest right next to the car. Mr. Magee and Dee hitched up once more and drove home. They weren’t ready to give up their camping quite yet, so “when they got home with the sky turning red, / they decided to camp in the backyard instead.” 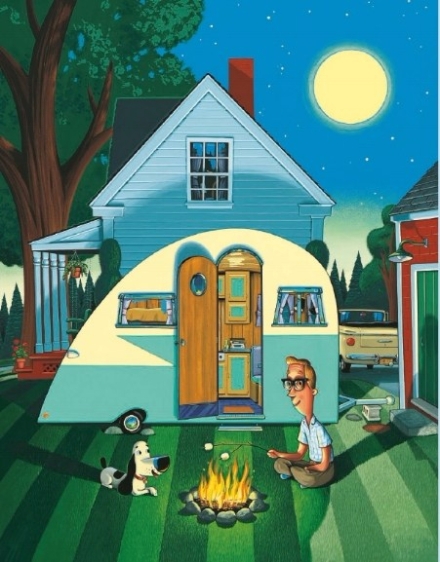 Chris Van Dusen’s classic camping adventure featuring the loveable Mr. Magee and his little dog Dee is full of humor, suspense, and cozy moments. The sweet relationship between Mr. Magee and his faithful companion, will charm young readers and make them happy to be taken along for the ride. Van Dusen’s rolling rhythm and clever rhymes are catchy and fun to read aloud.

The vintage open-top rambler and tiny, rounded camper are just as endearing as the main characters as they roll and bump along the dirt road to the campsite and then go their separate ways to create a dramatic story. The blue seaside, mountain scenery, and fiery sunset are beautiful backdrops to the action, and the aerial view down the 50-foot waterfall will make readers cringe at Mr. Magee’s predicament.

Discover more about Chris Van Dusen, his books and art on his website! 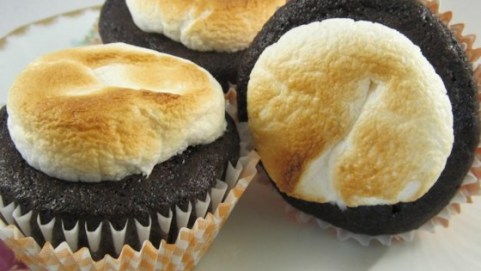