Today is a perfect day to get together with people you love, trust, and respect—and even some who challenge your thinking—to discuss matters large and small. Not only might you gain a different perspective on your pals, but you all may come up with the next Great Idea!

The King and the Magician

In a faraway land there once lived a King who was very powerful. Not only did he love power, he commanded that everyone in his kingdom obey and admire him. Tremblingly, his subjects reassure him every day that he is the most powerful man in the kingdom. One day, however, the King hears a rumor that down in the village lives a Magician who can predict the future. The King fears that this man will become more powerful than he, and he sends his spies to learn more. The spies return and reveal that not only can the Magician tell the future, he is loved and admired by everyone. 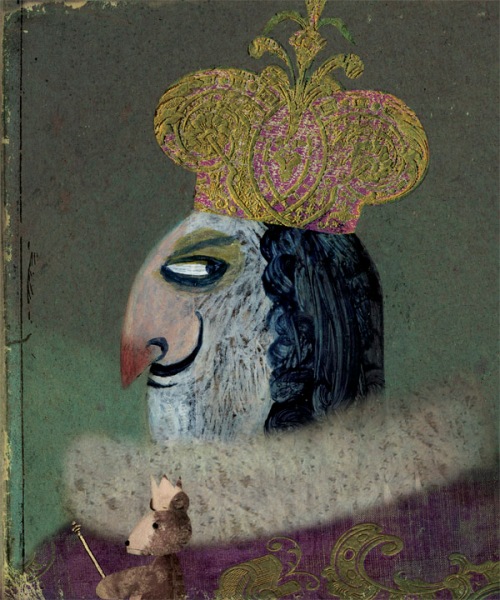 On the night of the party, the King summons the Magician and asks him the fatal question. The Magician is more than just a seer or a sorcerer—he is wise. He looks at the King and states, “the Magician of this kingdom will die the exact same day as his King.”

Now the King is in a terrible quandary. He does not want to risk the possibility that this old man’s prediction is true. He must now protect the Magician in order to save his own life. He quickly concocts a ruse and asks the Magician to stay the night in the castle, saying he wants to consult with him about some royal matters. In fact, he just wants to keep an eye on him.

The Magician agrees. The next morning the King goes to the Magician and asks his advice on some kingly decisions. The Magician offers good suggestions, and the king accepts them. As the months go by, the King continues to rely on the Magician for guidance, and slowly the King learns to be fair and wise. He becomes the respected and admired ruler he always wanted to be. 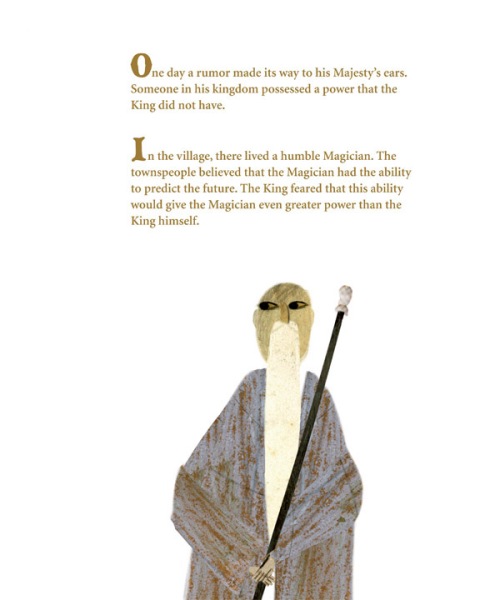 The King realizes that not only is the Magician a trusted advisor, he is a loyal and beloved friend. One day, wracked with guilt over his one-time plot to kill the Magician, the King reveals the story. The Magician listens to the King’s secret, and shares one of his own.

On the night of the party, the Magician says, I saw you reach for the hilt of your sword when you questioned me, and I knew your intentions. He then divulges that he made up the prediction of their shared death date to teach the King a lesson—one the King has learned. He says, “It is our lives that have become entwined, not our deaths.”

For many more years the King and the Magician live as friends and confidants. The kingdom grows stronger and the King kinder and more loved by his people. One day the Magician dies. The King is sad, and realizes he is no longer afraid of his own death. The King has learned the Magician’s lesson well, and even though his advisor is gone, he continues to make wise and beneficial decisions.

Ten years later the King writes a letter to his son and heir. In his letter, the King cautions his son that at sometime in his life he may come across someone or something that “will arouse fear and jealousy in your soul.” He will want to destroy this person or thing to alleviate his fear, his father tells him. Instead, says his father, “open your heart or your home” because “what you thought was your most feared enemy, is really your most powerful friend.”

Jorge Bucay has written a classic tale of wisdom verses power wrapped around a clever trick. The story, full of intrigue and twists, initiates the kind of thought that leads to true enlightenment. The straightforward storytelling, beautifully paced over a lifetime of growth and change, builds suspense while lyrical descriptions create a beautiful flow that depicts both the quandary of the King and the kindness of the Magician.

Gusti’s lavish illustrations, reminiscent of hieroglyphics and Medieval tapestries, are rendered in dark, rich brown, rust, black, olive and blue hues that gorgeously depict the splendor of the King and his castle, but also signal the somber weight in his soul. The regal tone even extends to the gilded text. The King is drawn as an imposing figure, towering over everyone else in his kingdom, but his feet and hands are tiny, lending him a bit of a comical yet vulnerable air. The King’s eyes narrow with cunning as he plots his evil deed but widen in doubt and dispair as the Magician works his special brand of magic.

This lovely book—in both message and art—would be a wonderful addition to any child’s or fable-lover’s library.

While I take some personal days over the next couple of weeks, I am re-blogging some earlier posts with updated interior art, activities, and links, when available.

A World of Ideas Word Search

Creative ideas are a little like magic – sometimes seeming to come out of thin air – and can make the world a better place! Find the 21 words in this printable A World of Ideas Word Search about what swapping ideas can conjure up! Here’s the Solution!