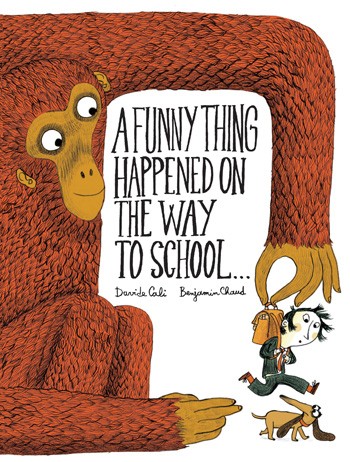 The tradition of a Joke Day originated in America and now is celebrated around the world. There may be no better way to bring people together than with a truly funny joke. Although what is considered humorous may vary from country to country, the love of laughter is universal and its health benefits are well-known. Today, rediscover your favorite jokes and research what others consider funny around the world!

A Funny Thing Happened on the Way to School

Standing in front of his teacher, a little boy, his hair spiked with sweat, starts to explain why he’s late for school. It all began when giant ants stole his breakfast. This led him to his neighbors’ house to borrow a piece of bread, but he was thwarted because they were experimenting with a cannon and had just blown a hole in the wall.

Evil ninjas attacked him at the bus stop and then a team of high-stepping majorettes barred  his way. The gorilla who thought the school bus was a banana and the mole people who abducted him didn’t help things either. “‘So is that why you’re late?’” the teacher asks. Oh no, the boy says. He escaped easily enough and would have been on time if he hadn’t shrunk and then expanded and then returned to normal size just to fall into a pond where he had to fight a yellow blob. 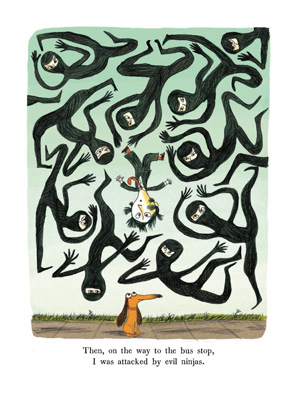 As soon as the blob was taken care of, an elephant snatched him up. A mouse helped him out of that fix, but soon he met Little Red Riding Hood and had a very Hansel and Gretel snack with her. “‘So is that why you’re late?’” the teacher asks. Nope, the boy says. He then followed a pied piper, but discovered he was going in the opposite direction of the school. Somehow he fell and landed in a spider’s web, but thanks to his trusty gadget belt he was able to cut his way out. Next Bigfoot and Yeti dropped on the scene, and later there was an unfortunate mix-up with a flock of sheep and some ducks. After that the President required his special chess skills.

“‘So is that why you’re late?’” the teacher asks. “Oh, no. I actually made it to school on time,” the boy states. “But I forgot my backpack…” The boy went home to get it, and as anyone would do if they had an uncle with a time machine, he used it to return to school on time. A malfunction in the machine sent him a little too far back—to the age of dinosaurs. “And THAT is why I was late to school,” the boy reveals.

The teacher takes a close, disbelieving look at her tardy student, but it may only be a moment before she discovers he was telling…the truth? 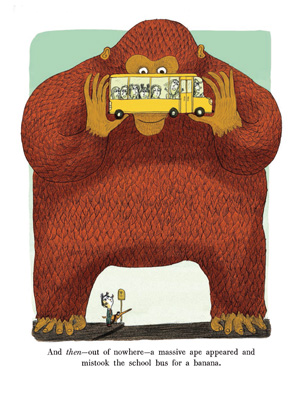 There’s nothing so vivid as the imagination of a child trying to explain away a transgression, and Davide Cali puts that fact to excellent use in A Funny Thing Happened on the Way to School. Part farce, part science fiction, part classic fairy tale, Cali’s story employs all the resources of childhood to come up with a whopper of a tale that will impress and entertain kids.

Benjamin Chaud’s detailed depictions of the boy’s tall tales as he gets embroiled in one fantastic adventure after another will delight kids. Chaud’s colorful, action-packed illustrations deftly bridge the fantastic and reasonable aspects of the boy’s imagination. Kids will love the humorous additions—as when the wolf from “Little Red Riding Hood” eats the witch from “Hansel and Gretel” and an unfortunate parrot gets his tail feathers clipped along with the spider web—and will want to go through the story again to pick up other clues scattered along the way.

A Funny Thing Happened on the Way to School is a great choice for a fun story and snack time. 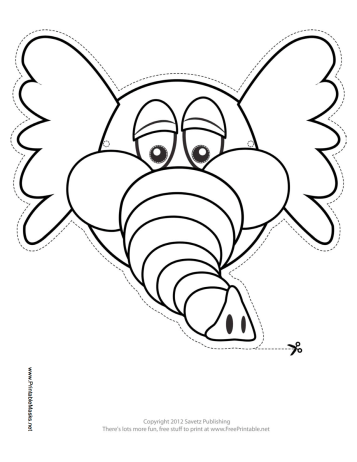 Elephants are well-known for their good memories—all the better to remember favorite jokes! Print out and color this elephant mask and then have fun with it!