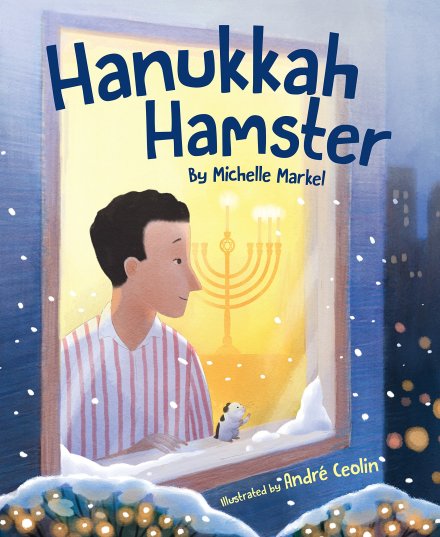 Hanukkah is the eight-day Jewish “festival of lights” that commemorates the rededication of the Holy Temple in Jerusalem in the 2nd century BCE. The lighting of the menorah is at the heart of the celebration. On the first night, the first of the eight candles is lit using the shamash, or attendant, candle. Each subsequent night another candle is lit until at the end of the eight days all the candles are lit. The menorah is displayed in the window of homes and synagogues. Special blessings, traditional songs, prayers, oil-based foods, fun games, and gifts are part of this much-anticipated holiday.

The city was decorated with twinkling lights for the holidays, and busy shoppers bustled in and out of stores, delivered there by Edgar and his cab. After one shift, Edgar was so tired he took a nap in the back seat. He was awakened when “Ohhhf! Something scrambled onto his chest. Ayyee! Something hairy brushed his face.” Edgar opened one eye to see… a hamster! He picked it up and gazed at its tiny eyes and ears and feet. 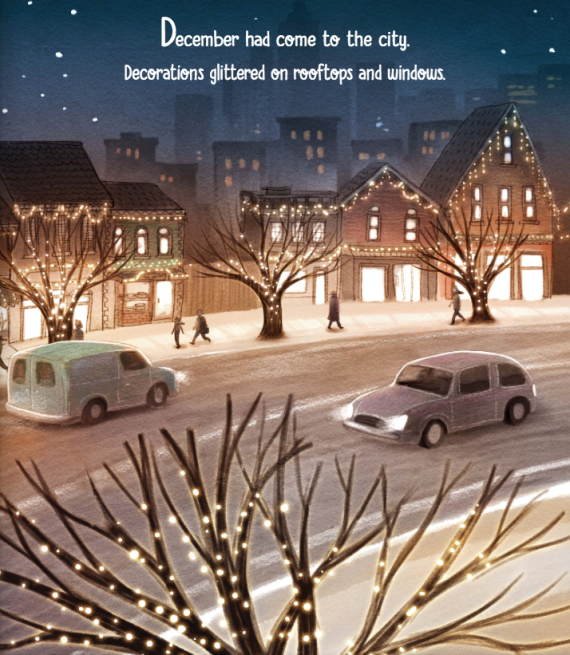 Edgar wondered which of his many customers may have lost the little hamster as he called in to the cab company’s lost and found department. Edgar took the little hamster home and shredded some paper to make him a bed. Then he went to his menorah, said the Hanukkah blessing, and lit two candles. All the next day as he drove people in his cab, Edgar wondered if someone had claimed the hamster, but no one did. 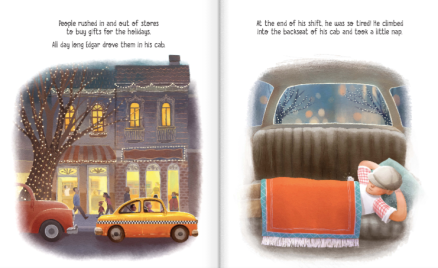 That night after lighting three candles, Edgar made a chopped salad dinner for himself and a tiny one for the hamster. As he watched the little animal nibble on a chickpea, Edgar asked, “‘Okay if I call you Chickpea?’” No one had claimed Chickpea the next day either, so Edgar went to the pet store and bought hamster food. At home, he lit four candles and gave Chickpea some food. As Chickpea ate, “Edgar took pictures on his phone and shared them with his family in Israel.” 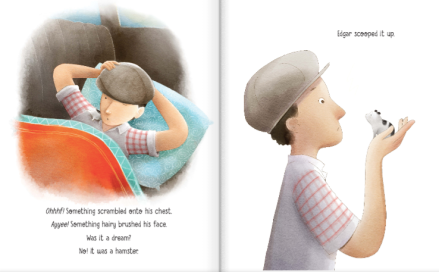 On the fifth night of Hanukkah, Edgar made Chickpea “a slide out of a cardboard tube. Chickpea whooshed down. Wheeee! His nose twitched.” As the week of Hanukkah went on, Edgar was fearful that someone might call about their missing hamster. He spent the evenings telling Chickpea about Tel Aviv until the little one fell asleep.

The next day, Edgar took a customer to a neighborhood on the edge of town. There he saw a woman who looked familiar. With her was her son. “Edgar felt a punch in his heart.” But he rolled down the window and asked the boy if he’d lost a hamster. The woman answered that she had bought the hamster for her classroom and thought he had escaped at home. “Edgar showed them pictures on his phone” of Chickpea eating salad, sliding through the tube and drifting off to sleep. 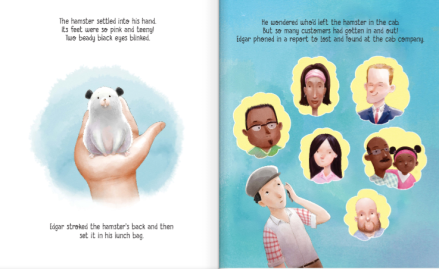 When the woman saw Edgar’s menorah in one of the pictures, Edgar told them how he and Chickpea were celebrating Hanukkah together since the rest of his family lived in Israel. When Edgar began to tell them that he could return the hamster tomorrow morning, “the boy touched his mother’s arm, and the two of them exchanged glances.” The woman told Edgar that she thought Chickpea belonged with him. Then she wished him a wonderful holiday. That night, “Edgar said the blessing and lit all the candles on the menorah.” Then, while he enjoyed a doughnut, Chickpea ran and ran on his new wheel. 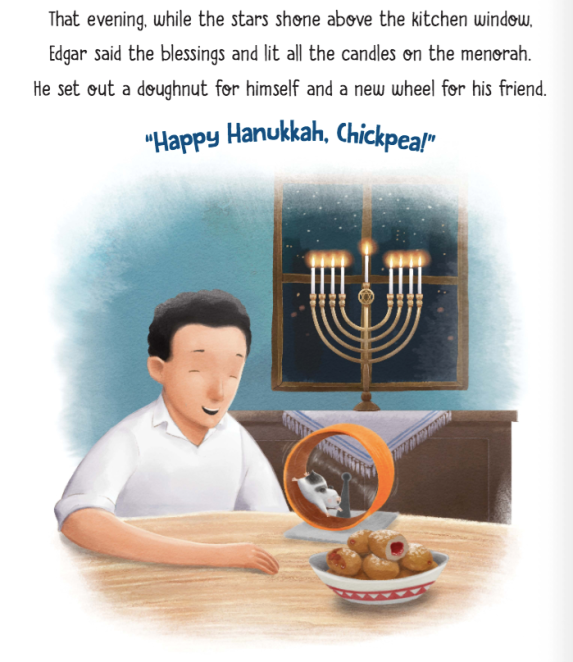 Immersed in the special yearning for family and togetherness the holidays bring, Michelle Markel’s touching story glows with kindness and empathy. The growing friendship between Edgar and Chickpea will tug at readers’ hearts just as it does for Edgar, who so hopes to keep the little hamster but also knows there may be someone in the city missing him. As the days pass, and Edgar, alone for Hanukkah, shares his traditions with the hamster, readers also become participants in the holiday. Children will be riveted to the increasing suspense, and the pitch-perfect solution is joyful and satisfying. Realistic dialogue and honestly portrayed emotions provides depth to this moving story. 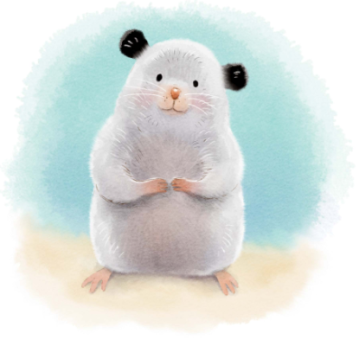 From the tiny white lights lining main street to the first glimpse of the little hamster to Edgar’s cozy apartment with his menorah in the window, André Ceolin’s richly colored illustrations invite readers into Edgar’s life with his new friend, Chickpea. Chickpea is adorable as it nibbles on salad, poses for pictures, and curls up in its shredded paper bed. Images of Edgar lighting the menorah are luminous, and the Edgar and Chickpea’s smiles will spark happiness in readers’ hearts.

The portrayals of friendship, generosity, empathy, and family make Hanukkah Hamster a poignant story for all children to share not only at the holidays but all year around. The book would make a wonderful gift and much loved addition to home and school libraries.

Discover more about Michelle Markel and her books on her website.

To learn more about André Ceolin, his books, and his art, visit his website.

Get Ready for Hanukkah Activity 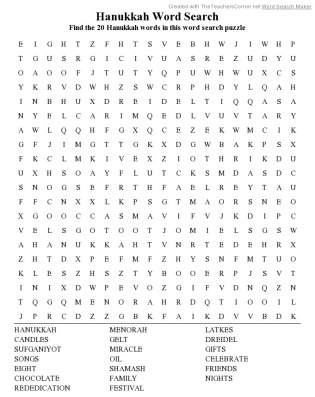 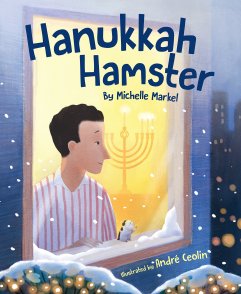 You can find Hanukkah Hamster at these booksellers