The purpose of today’s holiday is simple: show your child or children that you love them by giving them a hug. And why stop at just one? Give hugs throughout the day, and tell your kids how much and why you love them!

With rain pelting the windows, brother and sister Woody and Annie were playing inside. Woody was building an airport while Annie was creating a town from blocks. Everything was going great “until…they both reached for the car.” Then a tug-of-war began. Woody “wanted the car to pick up travelers from his airport” and Annie needed a little traffic in her town. They both yelled for Mom, who made them promise to be better sharers. Woody and Annie agreed with a pinky swear.

But the sharing didn’t last long. Wasn’t Annie spending too  much time with the car? Didn’t Woody keep it too long? Both sides thought the other unfair, and then there was the name-calling: Annie called Woody a “‘dumb-dumb,’” and Woody retaliated with “‘ding-dong,’” and they both called for “‘Mommm….’” Mom returned with coffee in hand and requested that Annie and Woody apologize to each other. A couple of mumbles later, Mom proclaimed it “‘Good enough’” until little feet started getting involved, and cries of “‘Ow!’” and “‘Quit it!’” filled the air. And…oh yeah… “‘Mommmm!’”

Mom had had enough! This time she laid down the law, and Woody and Annie—eyes wide in and hands to their cheeks in horror—heard her say, “From now on, any time you argue, you’re going to have to…HUG IT OUT.’” Annie and Woody were flummoxed, confused, perplexed. Mom pushed them together cheek to cheek to demonstrate, and with frowny faces and stiff arms, they hugged. 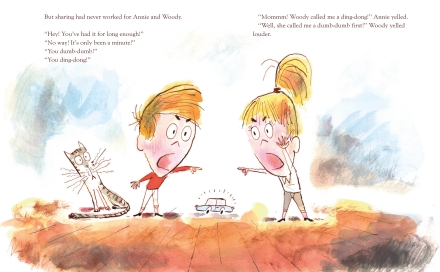 After a while they looked at each other with an unexpected realization. “‘Mommmm!’ Annie screamed. ‘Mommmm!’ Woody screamed louder.” And their mom answered “‘HUG IT OUT!’” And with big smiles, “they did.”

Louis Thomas is onto something in this timely, sibling-rivalry story. Kids—and adults—will recognize the realistic dialogue and circumstances that makes Hug It Out! a laugh-out-loud tug at the heart. Thomas’s positive “punishment” is a clever solution to those sister and brother squabbles and might inspire parents and caregivers to give it a try. Readers will love shouting out “Mommm!” and “Hug it Out!” in this perfect—and perfectly fun—read-along. Thomas’s bright-eyed, straw-haired siblings are adorable, and kids will giggle to see the two smooshed together in a forced hug that becomes closer and closer with every attempt to make up and later becomes a sought-out part of the day.

With it’s wry take on the daily travails of sister- and brotherhood, Hug It Out! would make an amusing addition to home bookshelves—one that might be reached for with every “Mommm!”

To view galleries of illustration work by Louis Thomas, visit his blog and tumblr! 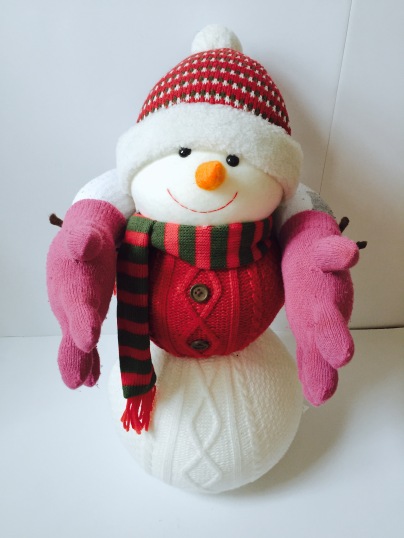 Sometimes a little hug around the neck is just what you need to feel relaxed. With this easy craft you can make a soft pillow to support your head or a neck warmer for those times when you need to de-stress. 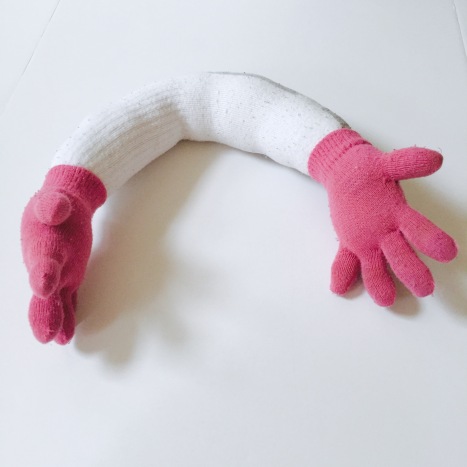