To commemorate the Stonewall Riots, which took place in Manhattan on June 28, 1969 as a protest demanding the establishment of places where LGBTQ+ people could go and be open about their sexual orientation without fear of arrest, Brenda Howard instituted Gay Pride Week and the Christopher Street Liberation Day Parade in 1970. These events later inspired the New York City Pride March, which became a catalyst for the formation of similar parades and marches across the world. Pride Month was officially recognized in 1999 by President Bill Clinton. During the month of June the LGBTQ+ community celebrates diversity, cultural accomplishments and influence, and the strides that have been made politically and socially.

The month also highlights that there is still far to go before the LGBTQ+ community achieves full equal rights and acceptance. Globally, activists work year-round to end abuses and advocate for laws and policies to protect all. Around the world, the rainbow flag, designed in 1978 by American artist, gay rights activist, and U.S. Army veteran Gilbert Baker, flies proudly over a variety of events, including parades, marches, concerts, book readings, parties, and workshops.

Megan grew up with her twin sister Rachael in Redding, California. Both girls loved playing all kinds of sports with their brother and other kids, especially soccer. “Chasing the ball like a wild animal, Megan ruled the soccer field.” But everything changed in sixth grade. Suddenly, no one wanted to play anymore. Everyone was too busy pairing off as girlfriend and boyfriend. “Megan wasn’t sure she was interested in boys” and she “felt different from most of the other girls.” 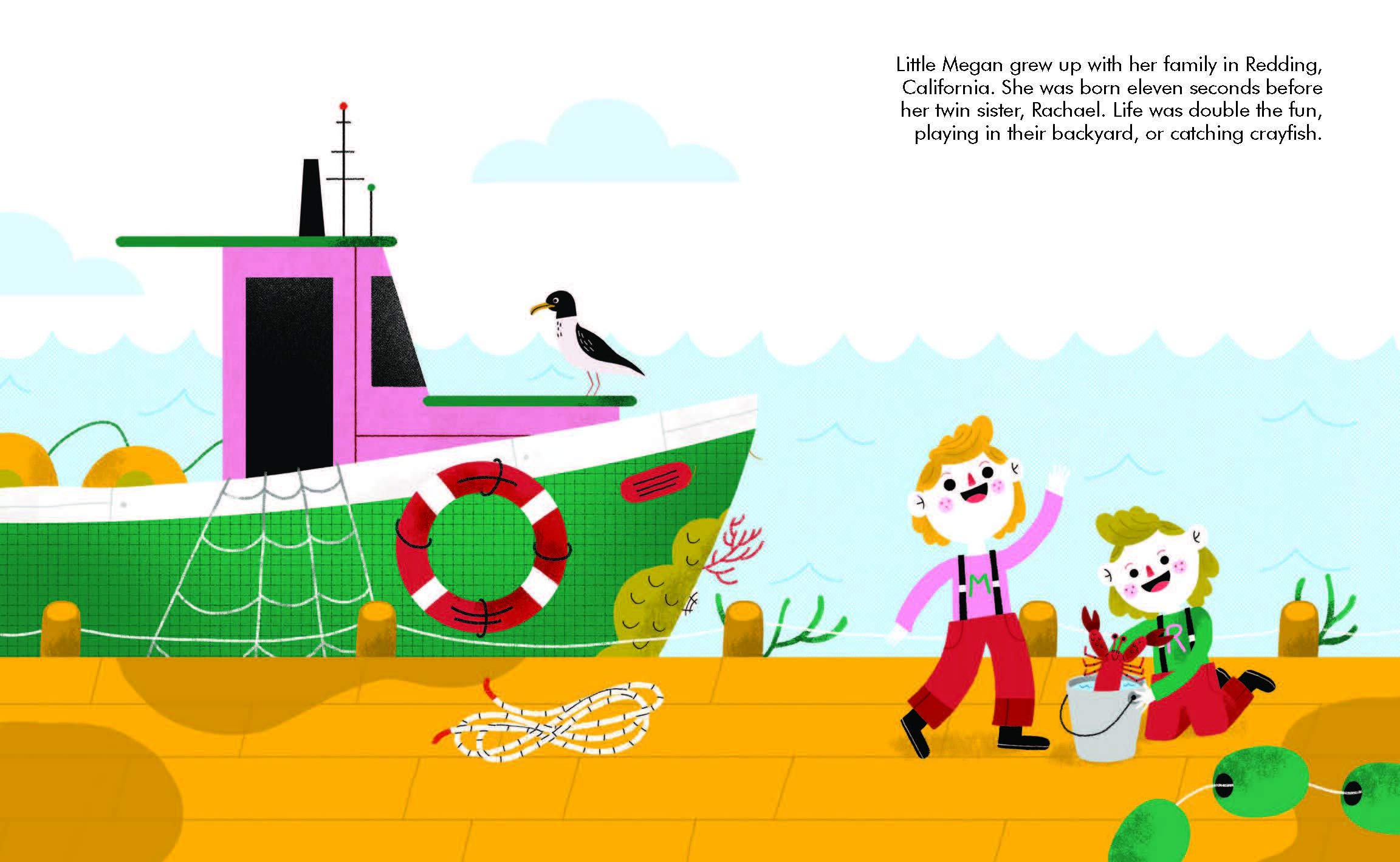 While the other girls wore dresses and had long hair, she liked wearing sweatpants and wore her hair short. “She knew there were lots of ways to be a girl” and “she just wanted to be herself.” On the soccer field she could be. While in high school, Megan and Rachel began playing in the Women’s Premier Soccer League, which earned them both scholarships to college.

When Megan turned pro, she played in Chicago, Australia, and Europe. People took notice of this “playful and inventive” winger. Megan was an inspiration on the field, but she also wanted to be an inspiration off the field. During her college years, Megan had “realized she was attracted to women.” Before she played in the 2012 London Olympics, Megan “told the world that she was gay…. Being honest about who she was helped Megan to play her best.”

Her phenomenal play helped the US team win the Olympic final. In 2015, she and her team won the World Cup too. And then in 2019, Megan not only helped her team win the World Cup again, but Megan was awarded the Golden Boot and the Golden Ball, recognizing her as the top scorer and the best player of the tournament. With Rachel, Megan then ran a soccer camp for kids based on working hard, having fun, and most of all being true to yourself.

A timeline of Megan Rapinoe’s life, with photographs, follows the text.

Maria Isabel Sánchez Vegara inspires kids to always be true to themselves and love who they are in her well-focused and uplifting biography of Megan Rapinoe for young readers. Vegara clearly outlines Rapinoe’s life from her love of sports—and especially soccer—to her self-awareness in middle school and college to her activism for LGBTQ+ rights in a way that empowers readers to find the best in themselves. Vegara’s emphasis on being honest with oneself and with others as a way to find happiness and success is an important lesson.

Paulina Morgan’s appealing illustrations brim with enthusiasm and confidence as Megan grows from a child in California to become one of the world’s most inspiring athletes on and off the field. Vivid colors highlight Megan’s prowess on the soccer field as she makes goals as a tween and Olympic star and celebrates with her sister Rachel and her teammates. Readers also see her self-assurance as she stays true to her own style of dressing and wearing her hair during the formative years of middle school. A two-page spread captures the press conference in which Megan “told the world that she was gay,” offering encouragement to other gay athletes. Final images reveal Rapinoe’s continuing influence on young athletes.

An excellent biography of an iconic and inspirational athlete and activist for young readers, Megan Rapinoe: Little People, BIG DREAMS offers encouragement to all children and would be an uplifting addition to home, school, and public library collections.

Discover more about Maria Isabel Sánchez Vegara and her books on her website.

You can find Megan Rapinoe: Little People, BIG DREAMS at these booksellers