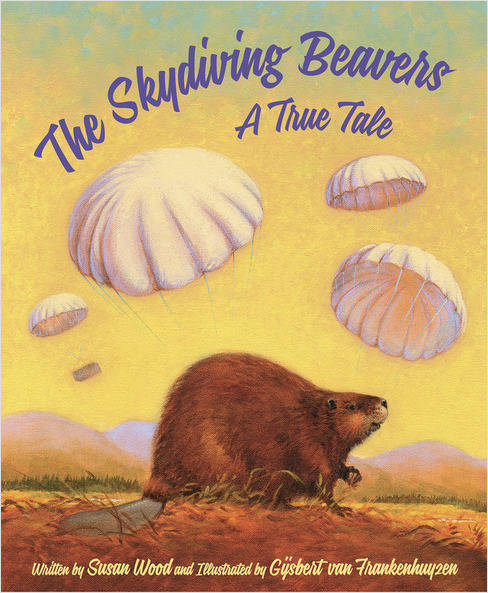 Two species of today’s honored animal are found across America, Canada, and Eurasia. Known primarily for building dams in rivers and streams, the beaver is a fascinating animal in many ways. Perhaps one of the greatest natural conservationists, beavers use all parts of the trees they fell. The buds, bark, and leaves are consumed as food, and the rest is gnawed into smaller bits to be used as building materials. The dams, themselves, are helpful in preventing droughts and floods, restoring wetlands, and keeping the water clean. The beaver population has seen a decline for several decades, and today’s holiday aims to promote awareness of this beneficial animal in order to protect it.

The Skydiving Beavers: A True Tale

The time was post-World War II and families were eager to build homes and enjoy life again. In McCall, Idaho this meant that people moved to the shore of the beautiful lake, where they could fish, sail, waterski, and have fun. So roads were constructed, docks built, and land cleared. “Trouble was, that lakeside land had already been claimed. For decades—centuries, even—beavers had been the only ones doing the building there.”

Now, though, there was a turf war, of sorts. “Where the beavers once gathered wood for dams and food, now there were houses and people. And where the people tried to drive their cars, now water flooded the roads because of the dams.” Trees were also being “toppled left and right” by those busy beavers. Something needed to be done. 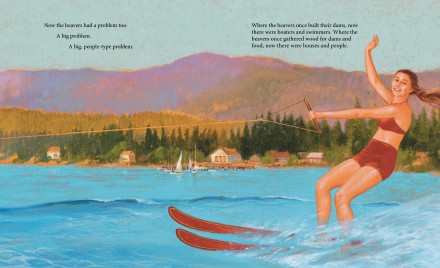 Elmo Heter had an idea. Elmo had experience with beavers from his job with the Idaho Department of Fish and Game. He knew that beavers needed open areas with lots of trees, rivers, and creeks—and no people. There was a place just like this many miles away. The Chamberlain Basin would be perfect for the beavers, but there was a problem—how could he move all those beavers “to a place with no roads, no railway, no airport, and no bus station?”

Elmo thought about loading them into boxes carried by horses or mules, but the rough trip would be too hard on both the beavers and the pack animals. Then Elmo remembered that there were piles of parachutes left over from the war going unused. “What if he dropped the beavers from a plane? Skydiving beavers? Well, why not?” Elmo decided.

Elmo went to work to design a crate that could hold the beavers safely. His first idea was to build a box of woven willow branches. Once the boxes hit the ground, the beavers could gnaw their way out. But then Elmo feared that those champion chewers might escape before the box touched down. Next, he came up with the idea for a box that opened automatically when it hit the ground. After he created his box, Elmo found a beaver to test it.

He found his daredevil and named him Geronimo. Geronimo, cozy in his box, was loaded onto a plane, and as the plane flew low over the test field the box was dropped. “The chute bloomed like a buttercup, then caught the breeze….The box fell as gently as a mountain snowflake, landing softly on the grass.” Just as it was designed to do, the box opened and Geronimo scrambled out.

Elmo wanted to make sure his invention would work every time, so he tested it again and again.  All this flying and skydiving seemed to agree with Geronimo. He soon began to treat it like a game, shuffling out of the box when the door opened and then crawling “right back in for another go.” Now that Elmo knew the plan would work, he gathered the beavers from McCall, put them in their special traveling crates, and headed for the Chamberlain Basin.

When they found the perfect spot, Elmo and his team prepared the chutes and let the beavers go. One by one the parachutes opened, and the beavers “wafted like falling leaves on the autumn wind to their new woodsy patch of paradise.” And who was the first pioneer? Why Geronimo, of course! 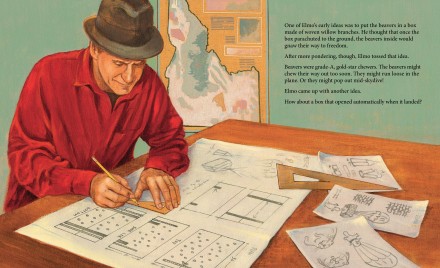 An Author’s Note following the text reveals more about this true story. It also discusses what scientists have since learned about the benefits of beavers to the environment and how communities now work with and around them. A list of interesting facts about beavers is also included.

Susan Wood’s story of a little-known event is a thought-provoking glimpse into early conservation efforts. Her conversational tone and lyrical phrasing enhance the tale, lending it suspense and personality that will draw readers in. Wood’s detailed descriptions allow children to understand the problems for the community as well as the concern for the animals that led to this historical event.

Gorgeous paintings by Gijsbert van Frankenhuyzen uncover the beauty of Idaho’s backcountry with its sparkling lakes and tree-covered mountains. Glorious sunsets fill the two-page spreads, turning the rolling hills pink and gold as beavers scurry near the shore building their dams. Readers will be intrigued by the clear and close-up views of Elmo Heter as he works on his plans to relocate the beavers. A table strewn with publications and photographs from World War II, set children in the time period, and his schematics of the box he designs as well as his workshop are plainly displayed. Kids can ride along with Geronimo as he climbs into his crate, travels by plane over wide-open vistas, and floats into the Chamberlain Basin at the end of a parachute.

The Skydiving Beavers would be a fresh addition to classroom environmental units to spur discussions on past, present, and future conservation science and will delight young readers interested in the natural sciences.

Learn more about Susan Wood and her books on her website!

View a portfolio of artwork by Gijsbert van Frankenhuyzen on his website!

Do you have a gnawing need to have a beaver of your own? Make one with this Spool Beaver craft!