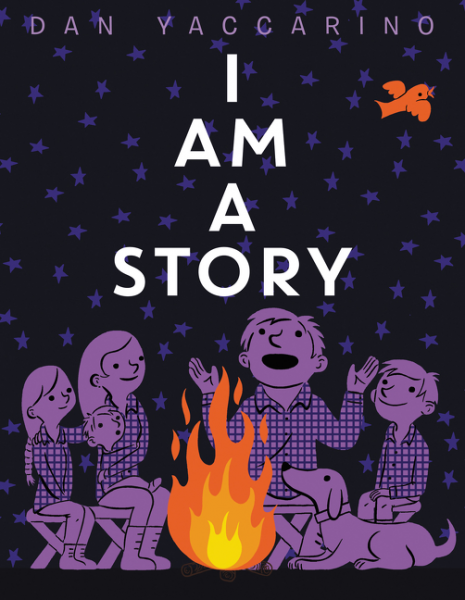 I Love to Write Day was created by Delaware-based author John Riddle in 2002. He wanted to share his passion for writing with others and encourage them to pick up a pen or sit down at the computer and compose a poem, a short story, a journal entry, or whatever kind of written expression stirs their hearts. It’s fitting that today’s holiday comes in the middle of NaNoWriMo or National Novel Writing Month, when novelists and would-be novelists strive to begin and finish a complete novel (well, at least a first draft) in one month. If you hold ambitions to write, why not start today? As today’s book shows, you’ll be part of a very honored, long-standing tradition!

I Am a Story

Sometimes it seems that from nothing and out of nowhere a story comes. And yet storytelling also seems to be an inborn trait, passed down from generation to generation and discovered in daydreams, alternate realities, those “what if?” moments. In Dan Yaccarino’s book, a story relates its history, beginning with our oldest ancestors. “I am a story,” the narrator states. “I was told around a campfire. Then painted on cave walls.” The story travels over years and across miles, changing the way it is told but not its impact. 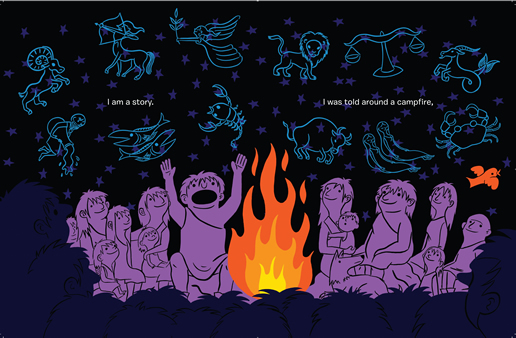 Men inscribed words on papyrus; women used woodblocks, brushes, and ink to bring them to life. Tales were stitched into legend on beautiful tapestries that brightened dank castle walls, and they were transcribed in gilded lettering “into big books to illuminate minds.” Then a man discovered how to print the story so many people could read it, which led to the story being “acted out onstage.” 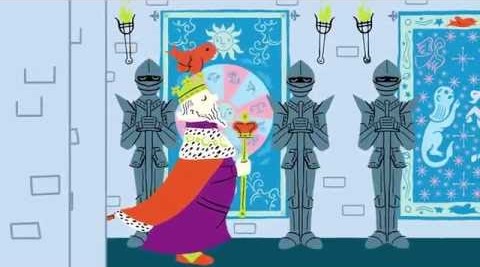 Stories were bound into books and families began to collect them, creating “vast private libraries.” Then public libraries opened, and now stories are available for everyone—even in places so remote that the books are brought on donkeys, by camel, or even atop elephants. There are tiny libraries—not much bigger than a birdhouse; vending machines that dispense stories; and old telephone booths that have been transformed with shelves of books.

The story reveals its power to make “people frightened, excited, sad, and happy.” Some have felt and still feel that the story is dangerous, so they have “censored, banned, and burned” it. But the story “did not die.” Millions of people all over the world are inspired by the story every day. “I can go with you everywhere,” the story says, “and will live forever. I am a story.” 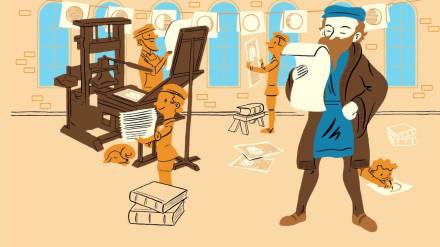 Bibliophiles young and old will love the simply told and expressively illustrated timeline of the story from early oral traditions until today. Between the first page where ancient peoples interpreted the constellations and the last where a family of today tells stories around a campfire under the starry sky, the various forms that stories take are described with vivid, full-bleed pages of people toiling over manuscripts, inventing methods of mass production, and building collections all to ensure that the words continue no matter what changes occur.

Kids will love lingering over the details on each page, and every page could lead to a fun afternoon of discovering more about each stage in the story’s development. For teachers and homeschoolers I Am a Story is a wonderful jumping off book for an English or History unit, and it makes a beautiful addition to any library.

You know Dan Yaccarino from his TV shows The Backyardigans, Oswald and others as well as his many, many books. You can learn more about him and his work on his website!

Enjoy this I Am a Story book trailer!

I Love to Write Day Activity

The History of the Story Bookmark

From cave paintings and hieroglyphics to the printing press and the computer, people have ensured that their thoughts were not forgotten. Here’s a printable The History of the Story Bookmark plus a blank one for you to fill in. Use them to mark your favorite stories! 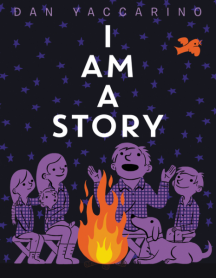 You can find I Am a Story at these booksellers